This past weekend, NoProsHere and HSReplay.net hosted the largest Mercenaries tournament since the launch of the mode. With 35 competitors vying for a prize pool of $1,000 cash and a bevy of different HSR subscription bundles, this event marks an important milestone in competitive Mercenaries.

Community impact aside, the tournament also proved to be a deeply interesting microcosm of the ladder metagame, thanks to its unique format.

The bracket itself was nothing special. A best of 3, single elimination format is quickly becoming the standard for community events due to the speed at which rounds can be completed. Other community organizers (myself included) have found that BO5 or Double Elimination formats can drag on for hours, causing viewers to lose interest, casters/crew burnout and participants being stuck with long wait times between games.

The interesting difference with this event were the sideboard rules. Each competitor submitted a team of 6 mercenaries and were not required to specify equipment. These lineups were visible to your opponent before the match started.

The loser of the first game was required to swap 4 of their 6 original mercenaries and any equipment. The winner was not allowed to make lineup changes. This allowed the loser to sideboard into a team that could counter what they’d already seen. However this put the winner in an advantageous position. If they lost the second game, they’d have the opportunity to bring a counter into the final, tiebreaking game of the 3-game match.

Meta – By far the most popular strategy, most players opted to bring teams that are highly competitive in ranked play. These are compositions that are undeniably powerful, but contain no unexpected surprises that would require opponents to adapt.

Off-Meta – The opposite of the Meta teams, these are compositions that are rare on ladder and have little to no data on them. They do not have the luxury of a large sample size like the Meta comps do and can tend to be unrefined. However what they lack in optimization, players hope to make up for with a surprise factor. Do not underestimate how difficult it is to play against something you’ve never seen before in a tournament setting.

Flexible – The final strategy took a far more macro approach. These players built teams that were highly flexible for this format, and could be sideboarded to counter any type of threat. Typically these teams were combinations of one or more meta teams and had multiple different options for leads.

So which strategy ended up being the most effective? That is difficult to say overall, but looking at the top 16 and beyond can help draw some conclusions. Of the top 8 (players who won at least 3 matches): 5 players used a Meta strategy and 3 players used a “Flexible” strategy (including the champion). Not just any meta strategy either. All 5 players used the same exact composition: Jaina/Varden/Tirion lead with Cairne/Diablo/Illidan on the bench.

Only one player made it past the round of 32 with an Off-Meta strategy. Signoftimez brought Varden/Lich King/Eudora with a Nature bench and managed to squeeze into the top 16.

The charts below offer insight on the rest of the field. 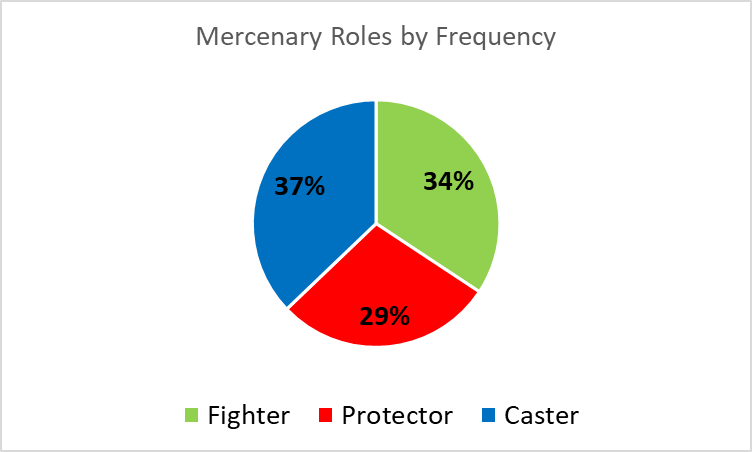 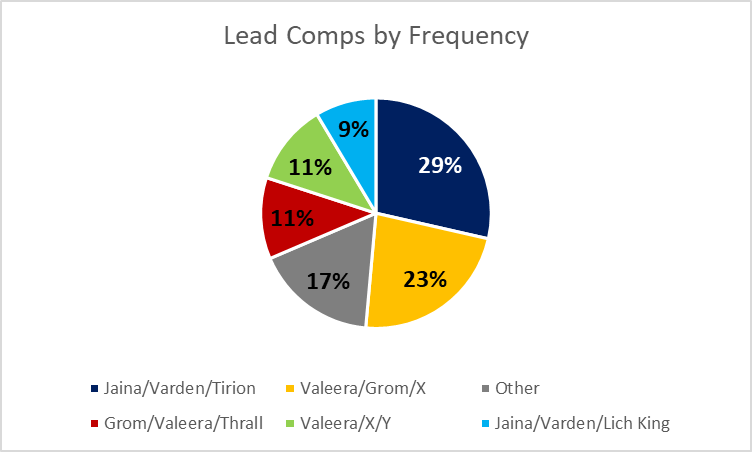 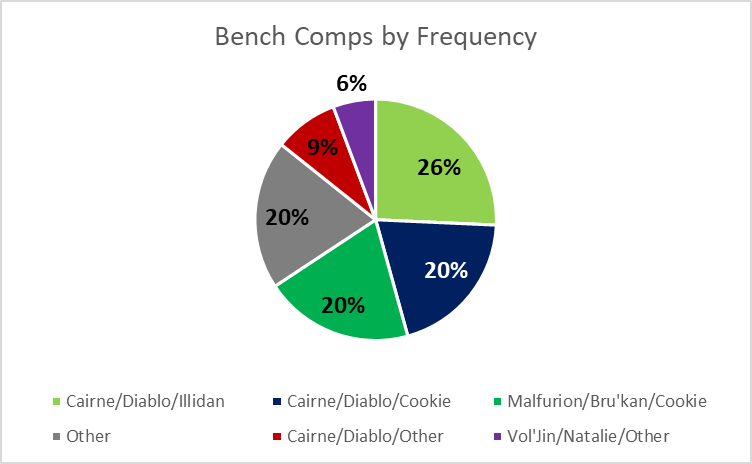 The data here certainly tells an interesting story, one that matches up very well with the data HSReplay.net recently made available. However anyone who watched the tournament can tell you at the end of the day it was the pilot behind the team that made the difference. There was no secret tech, no dark horse team that any competitor rode to victory. It all came down to planning, matchup knowledge and strategic sideboarding. This being the case, it was no surprise to anyone that Dallas, a popular streamer and content creator, walked away with 1st prize.

It should be noted that this data contains only the starting lineups submitted by competitors, not their sideboard decisions. Additionally, assumptions about leads vs bench had to be made during analysis since not all games were broadcast. The raw data is available here for your review.

View all posts by NoProsHere